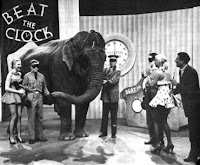 Back in October of last year I left a career in advertising to concentrate on writing fiction -- a move that could justifiably be compared to quitting your day job in order to play the lottery full-time.

My reasons behind this decision were many and varied, but generally fell along the lines of really wanting to do it, being able to do it (at least for a while) and feeling that if I didn't do it I'd end up regretting it.

So from November of 2007 until April of 2008 I did nothing but stay home and write and spend my savings. I started a novel, and wrote three or four stories, and even managed to get one of them into an anthology. I didn't do too bad for a beginner, but I didn't exactly take the world by storm, either.

In March I got an opportunity to participate in a 2-3 month freelance project and, smelling good money that would further finance my writing lifestyle, I took it.

I knew returning to a full-time work situation -- even temporarily -- would affect the time and energy I could devote to fiction writing. I worked full-time for twenty years, after all, and during that part of my life I never wrote consistently and only managed to produce a couple pieces of any consequence. Sitting in front of a computer all day does not predispose me to doing the same thing all night. But I figured that if I applied a little discipline and set a reasonable weekly word count for myself that, somehow, I would be able to do both.

Apparently I forgot just what the 9-5 -- or 9-6 -- routine, with an hour commute on both ends, five days a week, does to me. It's been a month now, and while I was fairly perky and determined the first couple weeks, things have taken a turn for the worst since then.

Last week I missed my quota -- a very manageable 1500 words -- and I'm beginning to wonder if I'll be able to make it this one as well.

At times like this I like to beat myself up. The routine goes something along the lines of: If I was really any good, 1500 words a week wouldn't be a problem, so I must be pretty shitty, and so why am I wasting my time at all, and it's a pity I don't like my job more, because it's obvious that's all I'll ever be good for, and doesn't that suck, and how in the world can I go on living like this?

And that got me thinking about people who have to work two jobs just to make ends meet, and how frustrated and despondent they must get -- not just from time to time, but all the fucking time.

Despite the tone of this post, I'm not complaining. I'm not that frustrated, either. Even at its worst I've got a better life than many people in the U.S., and most people in the world. I've got nothing to bitch about except having more desires than time.

And really, when you get down to it, isn't that true of everybody?
Posted by C. Michael Cook at 1:22 PM