Dream Theater: Where Did I Put My Backpack? 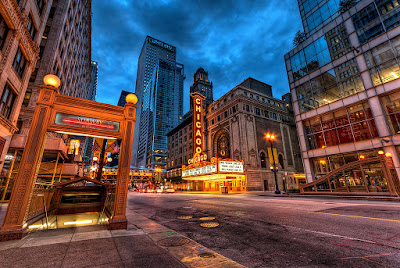 It was a Friday night after work, and I'd just lost my backpack at Macy's on State Street. Strangely enough, I lost it in the part of the store that sold bags and backpacks.

I'd already left the store when I realized what I'd done. I went back to Macy's lost and found desk. They didn't have my backpack, but they did give me a pink envelope from the president of the company, containing two necklaces. Great. Now I'd have to get that back to its rightful  owner in addition to tracking down my bag.

I returned to Macy's luggage department and dug around through the merchandise looking for my own backpack. And there it was, sitting on the floor. I was so relieved. I grabbed it and left the store, totally forgetting about the necklaces in the envelope.

It was Friday night. I had my backpack again. The whole weekend was still ahead of me. I went to the nearest El station, and once I got there I set down my backpack just for a second. And then it was gone. Again.

I looked everywhere for it, I asked everyone if they'd seen it. I approached a group of people, and Justin Bieber was hanging out with them. When I told them what had happened he acted like it was funny.

Then I asked Taylor Swift, who also happened to be nearby. She was sweet and understanding and offered to help me look for it. Though she did remind me, I wasn't the first person in the world to ever lose their purse.