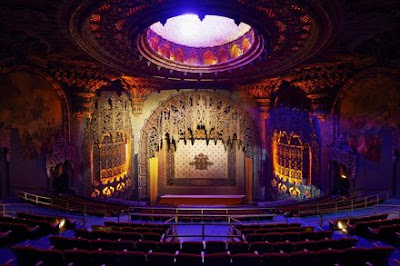 I don't need to tell you that the past year or so has been rough for a lot of us. As a result, many of my posts--at least, the few posts I've made--have been politically oriented.

At the time, this seemed appropriate. Politics were (and still are) pretty scary. But human beings can get used to a lot of things. What was shocking in 2017 has become commonplace in 2018.

Plus, I'm tired of politics. On the news, all over my Facebook feed, and in practically every conversation I find myself. That's just too much.

That doesn't mean I don't want to see us marching in the streets to protest corruption, injustice and the sorry state of our world. Or not voting. I especially don't want to see anyone throwing their hands in the air and saying their vote doesn't matter. It does.

But I need something new and different. And maybe you do, too.

So here's my idea: I'm going to start posting my dreams.

Now I know a lot of people say there's nothing more boring than listening to someone else's dream. I get that. That's why I'm going to do everything I can to make sure mine are interesting and tell a story with a beginning, middle and end. I've been writing them down for over two years now, and I think I've gotten pretty good at that.

I'm also doing this because I believe there are powerful creative forces lurking in our subconscious, and if a writer (like me, and maybe you) starts listening to them, a sort of virtuous circle begins to turn. The subconscious realizes you're paying attention, and rewards you with even more stuff dredged up from the brainy depths. (For more on this concept, see 8 Writing Tips from Jeff VanderMeer, specifically numbers 2 and 3.)

Dreams have provided me with potent images, interesting story ideas and helpful answers to writing problems. They've also given me opportunities to practice taking the little bits and pieces of what's inside my head and translating them into words that others might want to read. That's good experience for any writer in my book.

I hope they might do the same for you--or even inspire you to start paying more attention to your own personal midnight movies.

So that's the plan. I'll still do the occasional movie review or bit on an interesting/weird news story, and maybe even a politically oriented post or two.