Dream Theater: JLo Before She Was JLo 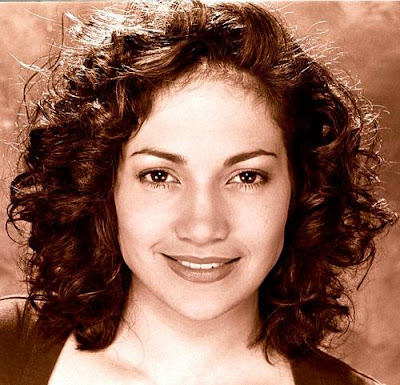 Someone had discovered Jennifer Lopez's earliest known appearance, as a dancer in a music video, back when she was still very young.

This was an important enough event that screenings had been scheduled, all across the country. I found myself at one, joining a crowd that had come to see one of America's biggest stars, long before she'd started to shine.

I found a seat, in a large theater filled to capacity. The lights dimmed, and the music video began to play.

At first it was just a jumble of sound motion on a street in LA. I didn't know the song, had never heard of the singer. I'd certainly never seen the video before. And there were so many dancers, all moving so fast, it was impossible to pick out Jennifer from among them.

Then, for just a few brief seconds, she appeared, filling the left side of the screen and then disappearing as she performed a turn. Those of us who recognized her gasped. Some applauded, thrilled to have spotted her.

The video stopped, and reversed. Jennifer Lopez spun in the opposite direction, returning into that sea of dancers. Then, frame by frame, she emerged once again.

Even in still frames, she was moving so fast that she was only a blurred figure among many. But gradually she drew closer, turning slowly. With each frame she came into sharper focus until finally, there she was, captured in front of us.

The video lingered on this single frame. She was so young. So unlike the Jennifer Lopez we know today. Hollywood had changed her so much, was continuing to change her still.

She was heavier, to begin with. The familiar angles of her face were hidden beneath a layer of softness dotted with acne. Her nose was large and broad. A roll of fat filled the space between her cropped t-shirt and the waist of her too-tight jeans.

Seeing Jennifer Lopez this way, so young, so imperfect, so unlike the polished image we all knew, it seemed almost obscene. The video ended, the audience left the theater, our curiosity satisfied, our illusions shattered.
Posted by C. Michael Cook at 9:47 AM