A Pit Bull with Lipstick 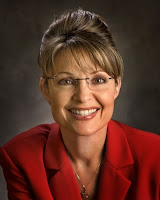 No one enjoys cheap name-calling and mud-slinging more than me. And the Republicans' new attack dog appears to be an experienced pro at the game. So naturally, I enjoyed Sarah Palin's speech last night.

However, while the far-right is still bloated from ingesting all that red meat, I think it's important to state a few facts about the woman being haled this morning as the "future of the Republican party."

1. Time magazine reports (among other things) that as mayor of Wasilla, Alaska, Palin asked the local librarian how to go about banning books she found offensive. When the librarian refused to go along with her, Palin tried to have her fired.

2. Although she's now presenting herself as an anti-earmark reformer, the LA Times reports that as mayor Palin hired Washington lobbyists to gather pork for Wasilla, including a $600,000 bus facility and a $1.5 million sewer system. In her first year as governor, she requested 31 earmarks worth $197.8 million. And that "Bridge to Nowhere"? She's against it now, but was a strong supporter, and kept the $400+ million the state had already received for it.

4. The Wall Street Journal reports that Palin is a member of the Assembly of God Church, which practices speaking in tongues, supports the mixture of church and state, and believes that humanity is living in end times. Her minister preached that critics of President Bush would be banished to Hell, and questioned whether those who voted for John Kerry in 2004 would be admitted into Heaven. Though she hasn't been a member since 2002, she still maintains close ties with the church and its minister. Here's a video of her from this past June, addressing the church. In it, she asks congregants to pray for a gas pipeline she describes as "God's will" and says that the Iraq War is a "task that is from God."


5. She may be parroting McCain's "Country First" slogan now, but in the nineties she and her husband were members of the Alaska Independence Party. One of the Party's planks is secession from the United States. Here she is warmly addressing them this year.


6. According to CNN, Palin is under an ethics investigation in Alaska. The case concerns her July firing of a state safety commissioner for refusing to terminate a state trooper who was locked in a custody battle with her sister.

7. That car wash she's part owner in? The Washington Post says she failed to declare it on the form in which gubernatorial candidates must disclose interest in any non-publicly traded company. And then it failed to file its biennial report and pay its requisite fees.

8. Palin blatantly misrepresented the extent of her meager foreign travel during the VP selection process. Though she claimed to have visited Germany, Kuwait and Ireland (three hotbeds of international tension) the Huffington Post has since reported that the trip to Ireland was a refueling layover only.

9. Wikipedia states that pit bulls are recognized as dangerous and unpredictable dogs, often valued for their "macho" reputations and fighting abilities. They are responsible for one third of all dog-bite fatalities, and have been banned in 12 countries and 24 cities in the United States.
Posted by C. Michael Cook at 3:22 PM

Yeah but the thing is that facts don't matter. As Ronald Reagan so aptly put it, "facts are stupid things."

Here's an interesting little snippet from Slate re: facts:

Two political scientists gave volunteers who described themselves as "conservative" a list of Bush's prewar claims that Iraq had weapons of mass destruction. To some of the volunteers they provided a thorough, neutral refutation—the 2004 Duelfer report that concluded Iraq had no WMDs. Now here's the amazing result: The ones who received the refutation were vastly more likely to believe the Bush view than the other group. In other words, the mere presence of "expert" refutation—i.e., ... made the conservatives less likely to believe the truth and stick to their guns. The researchers call this the "backfire effect" and say it shows up mostly with conservatives. Sending corrections to obvious mistruths, one of them concluded, is only likely to backfire. The very act of arguing against those corrections seems to make conservatives believe them more strongly and reinforces their view that anything from those people with BFR has to be wrong.